Skip to main content
It looks like you're using Internet Explorer 11 or older. This website works best with modern browsers such as the latest versions of Chrome, Firefox, Safari, and Edge. If you continue with this browser, you may see unexpected results.

A guide for students, faculty, & staff studying or exploring sustainability.

The concept of sustainability emerges from "sustainable development" defined in the 1987 Brundtland Report as "development that meets the needs of the present without compromising the ability of future generations to meet their own needs," addressing the balance between social equity, economic vitality, and environmental integrity.

Links that describe in more detail what sustainability means can be found below.

The triple bottom line is a common model of measuring sustainability developed by John Elkington in the 1990s. The model, which had te corporate world as its initial audience, emphasizes the importance and interconnectedness of the three P's: people, planet, and profit. The idea is that companies should measure their sustainability by examining their performance in regard to their support of people's welfare, their impact on the planet, and the economic effects of their decisions. This framework has been adopted in many other institutions, including many higher education institutions. The model has sometimes been reframed as the three Es: ecology, economy, and equity. 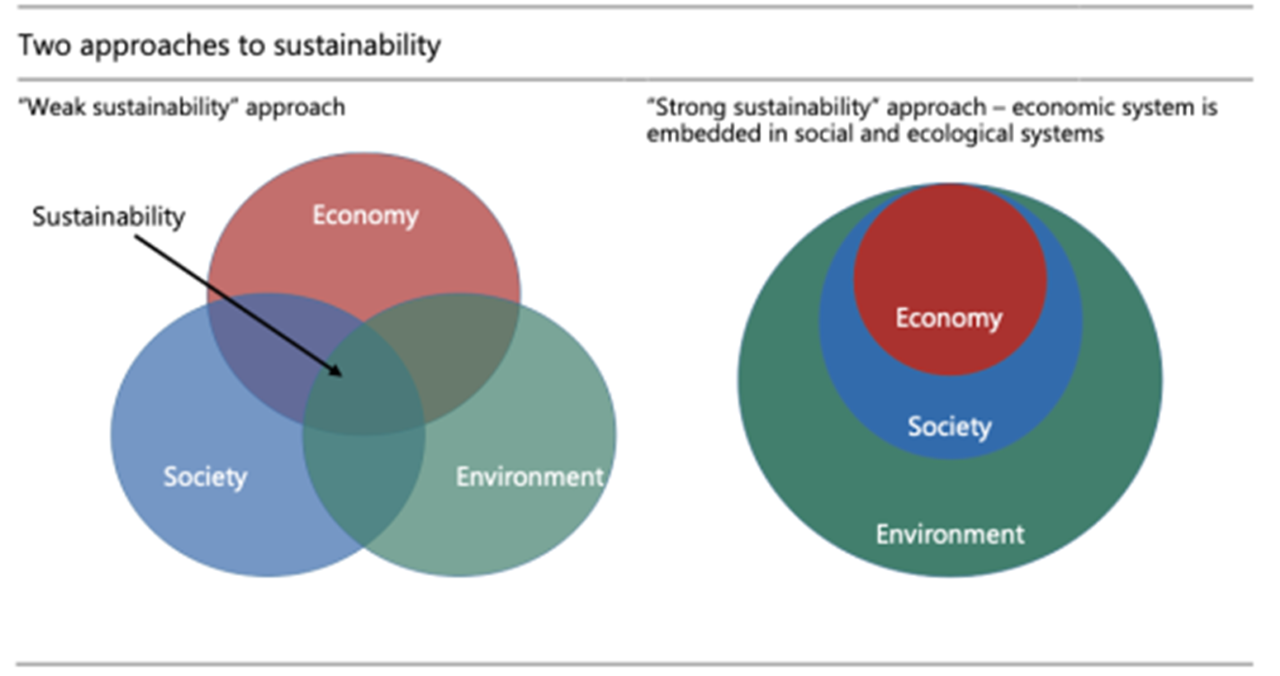 See the links below for more information about the triple bottom line.