New E-book:  From Across the Pond: A Love Letter to Cleveland 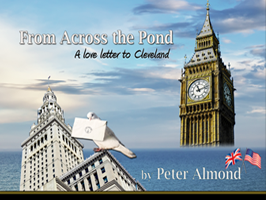 The Michael Schwartz Library is happy to announce the publication of a new ebook:  From Across the Pond,  A Love Letter to Cleveland: The Memoirs of a Brit Journalist with the Cleveland Press 1970-82.   Available exclusively from EngagedScholarship@Cleveland State University, From Across the Pond is the engaging and insightful first-hand account of Peter Almond, a young British journalist who immigrated to Cleveland in January, 1970, working at The Cleveland Press newspaper until its demise in June, 1982.

Almond, having witnessed at first hand the cataclysmic events of a dozen turbulent years in Cleveland, now recalls the personalities, politics and passions of Northeast Ohio from a completely unique perspective: that of a young Brit at the start of his career with no previous experience of the United States. The chronological organization of chapters allows us to witness this callow outsider’s transition into a mature writer and an affectionate insider who obviously cares deeply about his adopted city.

Though his award-winning coverage of some truly appalling events – including the Diamond Shamrock pollution scandal, the school desegregation struggle, and indeed the collapse of his own paper –  he shows us ourselves with the frankness of a good friend telling us the bare truth for our own good. These stories of Cleveland range across the American experience, and Almond tells them compellingly.

Almond contextualizes and leavens what could be heavy going with video & other multimedia links (just one advantage of the e-book format), and with charming personal asides he calls “Memory Flashes”, as well as a sprinkling of photos from his own personal collections and from the Cleveland Press collection housed in the Michael Schwartz Library’s Special Collections, which has formed the backbone of our renowned Cleveland Memory website.

He concludes his “love letter from London” with a satisfying summary of the progress since his departure of some of his most important investigations, and also with an impassioned plea for the digital preservation of the Press archives:

…The Cleveland Press wasn’t just ‘the other paper’ to the Plain Dealer...it was a 102-year-old giant that had its own character and style that suited perfectly the character of the working people of Cleveland: the original ‘Penny Press’ that presented stories the other paper didn’t. It died before the age of digitization, leaving the Plain Dealer to present itself to historians, researchers and public as the guardian of Cleveland’s newspaper history.

Two generations have now passed with no knowledge of The Press, and no knowledge of stories such as my own which have helped shape the history – and destiny - of north east Ohio…invisible to any and all of the historians, researchers and the public who search for us online. The entrapment of our legacy in the slowly-disappearing pages of a library at Cleveland State University is surely a major loss to the civic history of northeast Ohio.

About the Cleveland Press Collection

The publication of From Across the Pond coincides with the 40th anniversary of The Cleveland Press's demise, and seems a fitting commemoration of Cleveland Memory’s 20th anniversary. 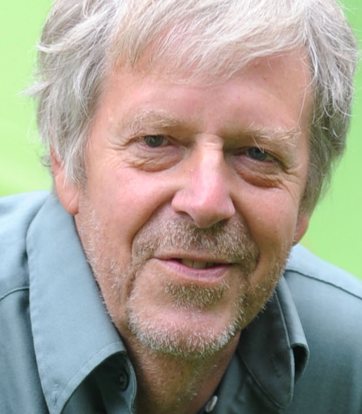 Peter John Almond was born in Northampton, England, in January, 1946, and raised in a Royal Air Force family which moved frequently. Formal schooling ended at Woolverstone Hall School, Ipswich, in 1964 when he began four years journalist training at the Northern Echo and Yorkshire Evening Press, York. In December 1969 he married Anna Collinson, a nurse, in York before they emigrated to Cleveland the next month. At The Cleveland Press Peter was a general, Education, Labor and Investigative reporter. His journalism awards included a Nieman Fellowship in Journalism to Harvard in 1980/81. Peter and Anna adopted two Cleveland-born boys, Nicholas and Jeffrey, and in 1982 moved to Washington D.C. where Peter became State Department writer for the Washington Times.

For four years he was Europe/Middle East writer based in London, covering the Cold War, the Thatcher years and Beirut. Peter, with family, returned to D.C. in 1987 to be Pentagon writer for the paper. In 1990 he returned to London as Defence Correspondent for the Daily Telegraph, leaving in 1995 to freelance for UK and U.S. publications, and retiring in 2010.

Enter your e-mail address to receive notifications of new posts by e-mail.